If you feel pressurized,insecure of wars ,mass migration and climtate change it does’t mean the world is going to end.If you feel so, the games like shooting enemies in tank games,or in any other combat games, definitely you will be stress relieved.

In this article ,we have gathered the top rated 5 apocalyptic games

In crossout one can construct own machine from hundreds of parts in the shop. Everything from a heavy frame, weaponry (shotguns, cannons, explosives), hardware to decorative horns and stickers. A player has to be a part of a faction – engineers, scavengers, lunatics, nomads, steppenwolfs, dawn’s children or firestarters. Parts have rarity system as well: from basic, common or rare to epic, legendary and relic. 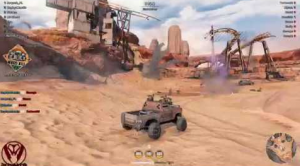 For more fuel, coins (to buy parts), premium subscription (to increase reputation by 50% or the amount of resources) you can donate.crossouthas several game modes, in PvP and PvE format.

Different from the previous parts of the franchise, Resident Evil 7 is a survival horror game, where Ethan Winters looks for his wife, solving puzzles and fighting enemies. The first-person gameplay is also new for the series. The game has two parts, inside the Baker’s house and outside it, with different plots. Tense atmosphere, unexpected mutants and strange members of Bakers family. Weapons choice is great: handguns, shotguns, flamethrowers, explosives, chainsaws. 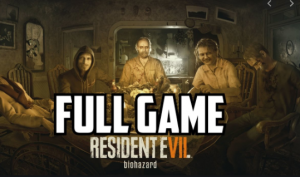 Even if Ethan dies at some point, no need to be upset – you can go back where the game was saved. Inventory is a grid-based system with initial capacity of 12 slots, that one can expand over the course. Besides fighting and various horrors, don’t forget about Ethan’s health, which means collect items to make drugs, cartridges, coins, ammo for power, etc.

The Earth has been conquered by self-replicating robots and men now are forced to live on the Moon. From there, we send androids to overthrow invaders. And why do we have a feeling that such a scenario isn’t at all unfathomable in near future? Player’s androids in NieR are 2B – a tough fighter with almost no emotions, and 9S – an assistant with empathy. 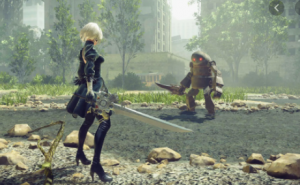 You start by roaming and exploring a vast open-space post-war terrain. Then you learn about  several types of gameplay: typical 3rd person slasher, 2-dimensional with camera on the side, “bullet hell” with top front view. The latter one is the most complex, with 3 types of view – ground view as android, air view as android, and as a program while hacking. Many would say that the plot is the most interesting part of NieR. One little spoiler herein – you’ll have to go through the whole game 3 times to find out the real story ending. But there’s much more to it to explore.

A brutal first-person survival game full of flesh-craving zombies and side quests. Zombies stand there all around waiting, and when they see you, they start attacking fiercely. Punching, tearing and biting. With a huge array of weapons, Dying Light has four game modes: co-op gameplay up to 4 players, campaign, the following, and playing a zombie. Mechanics is rich as well and includes day-to-night switch, parkour, offense/defense, skills, inventory, crafting, quests and random events, and more.

Dying Light gameplay was also made more interesting with the addition of a lock picking system. Players can unlock rare blue chests, police cars and vans, doors. And there we may find useful stuff to pick up, like melee weapons, jewelry, chemicals, etc. So this game is clearly lots of fun, with proper mechanics, zombie shooting and a story.

For fans of truly violent and blood-gushing slasher, there’s Prototype-2 set in a post-apocalypse New York Zero area. Dramatic story, parkour, skill management, shooting and slashing, great storyline and side quests… it has it all. A hero is a killing machine due to virus mutation, but enemies aren’t less fierce. His powers are blade, claws, devastators (massive area damage), hammerfists (anti-vehicle ability), whipfists etc. 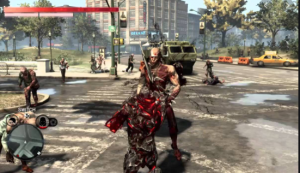 A player will stand against enemies like Blackwatch (biological warfare commando), humanoid monsters, spiked brawlers, flying vultures, Goliaths (large humanoid forms), and more. After passing a level, a player can upgrade movement, health, regeneration, shape-shifting, mass. Prototype 2 is a top-quality diverse game good for mindless killing competition. The only caution is the rate of violence.