People are very fantacy about the games,just think if you are a soldier  putting on the armor , a battle commander or a general, and conquer the enemy?Here in this article we give the best war games for PC, Mac, iPhone and Android.

And finally we have arrived at #1, top of the charts, Battlefield. It was released in 2016 for PC, xBox One and PS4 / PS4 Pro. It brings us back to the heroic and tragic great war, which was World War I, and scores of panoramic locations. Machinery of all sorts, from boats and airplanes, to tanks, armored vehicles and even horses. Coupled with superb graphics and physics, eye-pleasing realistic sceneries and overall diversity and action, we reckon Battlefield deserves a top spot among the best war games. 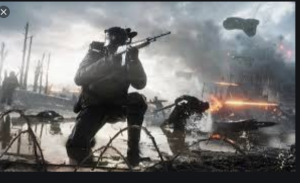 The game offers both a single company and a multiplayer mode. The latter is naturally popular, with a large number of formats, including Conquest (32 vs 32), Deathmatch (12 vs 12) and Rush. Many maps, though, will be unavailable due to lack of players online, which could be frustrating.

Yet, when you play in a team against another team, there won’t be a second to stall. In Conquest mode, for example, the task is to capture objects to win 1000 points. In Deathmatch mode a team that reaches 1000 kills first, wins. While a single player mode is rather a training stage before multiplayer, where you could fight as a pilot, a sniper, etc.

An online war strategy game about the Second World War. Play on the side of Axis, Western Allies or USSR, and complete historical missions (over 60). Blitzkrieg offers a blend of player-vs-environment (PvE), player-vs-player (PvP) and player-vs-artificial-intelligence (PvAI) modes. 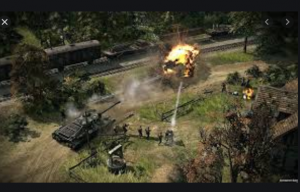 It is worth noting that “Boris” is the first AI opponent in this genre of war games, that has been implemented in the neural network. It analyzes a game session and predicts the opponent’s behavior, comes up with a complex counter strategy.

The game has many interesting locations, as well as dynamic weather system for realistic impression. To complete tasks, players may use more than 200 authentic combat units, smoke screens, summon support. With diversity, historical events and tactics you have to think through each move. A great military simulator that many will (and already do) appreciate.

An indie war game inspired by the 1983 cult classic Wargames. The game is compatible with Windows, MacOS and Linux. The underlying theme is the Cold War, so you’ll play a general in an underground bunker. The goal is to inflict as much damage as possible while trying to keep losses minimal. 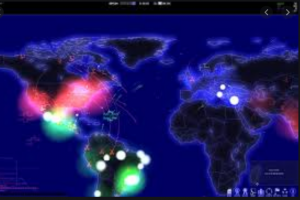 There’s a multiplayer mode in Defcon, supporting up to 6 players at a time. The warfare could be initiated across both Americas, Europe, Russia, Africa or Asia. Battles last about 25 minutes, divided into stages, and as a rule, the first part is allocation of strategic objects.

Ace Combat 7 was released for several platforms at once: PlayStation 3, Xbox 360 and Windows. It’s a sequel to the highly popular arcade flight simulators with long history. It’s all about the rush of air battle. Game plot unfolds in an alternative universe, where you slice through thunderclouds, avoid missiles, discover enemy position, or hide in the clouds. 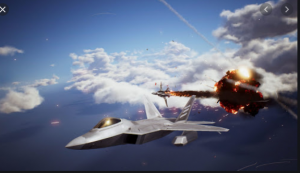 There are arms for every taste, from free fall bombs, railguns to semi-active missiles. Special installations can be mastered to simultaneously hit up to eight air targets. In some missions you’ll be able to return to the base and load up a different type of missiles.

Gears of War is a series of computer games, 3rd person shooters, by Xbox Game Studios for game consoles and PCs on Windows. The first one ever was released in 2006, the 4th one in 2016. In GOW4 the story continues 25 years after the previous part, in a futuristic and apocalyptic setting. 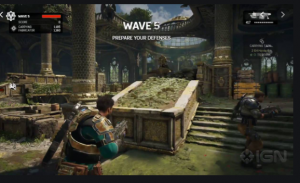 The game has a wide variety of weapons to pick, such as shockers, assault rifles, grenades. The game itself is a positional shooter, i.e. hide and shoot. The focus is rather on spectacular battles than on variety of action. There is a multiplayer mode too: against other players or AI. You can play as a human or a robot. You can team up and go on a raid to kill monsters, and if successful, you receive a certain amount of energy – good for weapons, repairs, etc.

Have Any Doubts or Not able to resolve the issue. Please Comment your queries in comments below and we will solve your issues. Also if you found any other way to resolve issue please comment below

Best Video Downloaders For Mac in 2020